15 Ways Cats and Dogs Tell Us They're in Pain

Based on an article that first appeared at
Leo's Pet Care

Our pets communicate with us all the time; we just need to know what to listen for. Because cats and dogs can be very stoic about when they hurt, pet owners need to pay attention to any changes in behavior. In the blog post below, we've shared 15 signs of pain in cats and dogs that you should have on your radar. 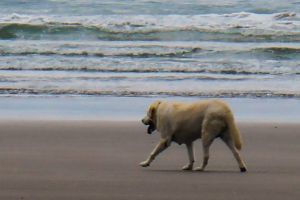 Let's think about this one for a moment. Say you were a cat a thousand years ago and live in the wild somewhere. You know, instinctively, that if you are visibly injured, some giant creature somewhere will probably chase you down and eat you. So you do your best to NEVER. SHOW. PAIN. Fast-forward to that little furball sitting beside you on the couch. Do you think your cat understands that if she shows you pain, you'll do something to fix it? Nope, cats and dogs have no concept of hospitals, and in their long history, showing pain usually gets you beat up or worse. The heartbreaking point is that if your cat or dog is visibly limping, they're in greater pain than their self-preservation instinct to hide pain, can cover up.

That same self-preservation instinct also forces your pet to clean their wounds, at least in private. As veterinarians, we can't even tell you how many times a day we hear a dog or cat owner say, "But I never see him licking at that spot!" Well, no, you won't. The pet will pretend everything is fine while you're watching; wait until everybody is asleep, at work, or at least in the next room; then they'll lick on that spot until it's healed. Bottom line, if your veterinarian tells you that your pet has been licking at something, believe us. 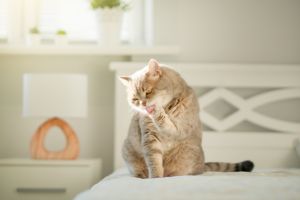 The wound is so bad, the itch so constant, that your cat or dog makes it their life's work to lick it until it goes away. This makes allergies so frustrating because our human instinct is to tell our pets to "quit licking yourself!" like they're doing something wrong. In reality, they're doing exactly what they're programmed to do. Again, since pets have no concept of medicine, the only time you're allowed to put a pet in an Elizabethan Collar is when your veterinarian has prescribed something that will heal the hurt better than saliva.

Remember when your cat was a kitten, and they would jump up on the top of your fridge? Notice how they haven't done that for the last few years? It's not because they've suddenly turned lazy; it's because that cat physically can't. Failing to do the things that the cat or dog once did is the most common sign of chronic pain in pets. 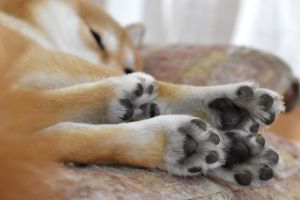 You're noticing your dog takes a second or two to raise their butt to stand when they used to pop up like a spring. That's because it hurts to stand up quickly. This is a prevalent sign of hip arthritis in dogs.

You've noticed that your dog sits crooked now, with the same leg sticking out all the time. This is because that leg hurts, either from injury or arthritis. 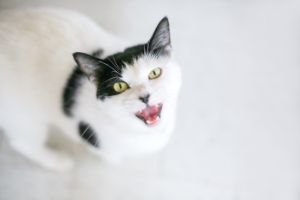 This is the most obvious sign of pain, of course, but remember, there are 12 other things on this list. Just because your pet isn't screaming every time they move doesn't mean they're pain-free.

Is the dog suddenly snapping at people? Cat pushing vases off shelves? Many abrupt behavioral changes can be explained by physical discomfort. 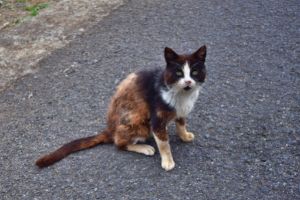 Cats are meticulously clean animals. When your cat becomes less meticulous, it's not because of laziness. It's because it hurts to clean themselves. This could be from the reduced flexibility associated with arthritis or pain in the mouth.

10. PEEING ON YOUR BELONGINGS 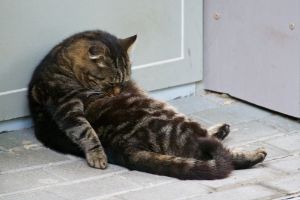 Here's the funny thing about dogs. Most dog brains stop developing when they're about two years old, and they honestly think they're two for the rest of their little lives. This means that if that two-year-old brain is driving a ten-year-old body and that body isn't playing along, it's not because the dog is lazy but because the brain can't make the body do what the brain wants.

Dogs and cats are programmed to pack on pounds in case food becomes scarce. When your pet stops eating, it's not because they've suddenly decided to go on a holiday diet; something inside them is preventing them from preserving themselves. Your pet knows very well not eating will lead to death. They're trying to eat; they want to eat, but they just can't. 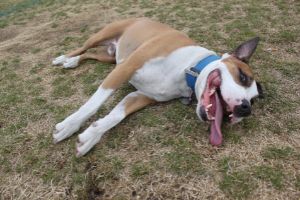 Panting is something we're accustomed to seeing often, particularly in dogs, but that doesn't mean we should ignore it.

Dogs and cats pant for one of three reasons – they're:

Usually just a sign of nerves (or a totally normal little dog that just shivers because it's tiny); sometimes shivering can indicate pain. 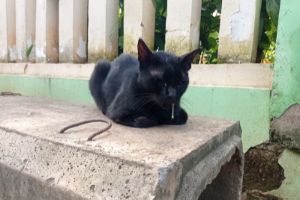 This can mean either abdominal pain, nausea, or mouth pain.

Any time your pet does something unusual or different than in years past, you should contact us and discuss the change. You obviously don't want your pet to suffer, and we can get to the bottom of what's causing this pain ASAP and ideally treat whatever's ailing your dog or cat.

Other
Back to top